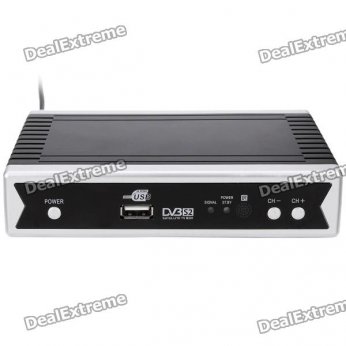 The R&S®AVG050 has two DVB-S/DVB-S2 demodulators that can receive up to two satellite feeds containing MPEG-2 transport streams (TS). Two common interface (CI) slots are available for decoding encrypted content fed from satellites (RF inputs) or via the unit’s ASI/IP input interfaces. The CI slots can accommodate various types of conditional access (CA) modules. The R&S®AVG050 can decrypt up to two different CA systems at the same time for a single TS. To feed a DTT transmitter, the R&S®AVG050 can be configured to modify the signaling information (PSI/SI) after signal decryption while maintaining the required SFN information and the framing.

The R&S®AVG050 supports the DVB-S2 multistream contribution standard, which allows the aggregation of a number of independent transport streams into one satellite carrier. Multistream contribution is mainly used for feeding DTT transmitters because of the transparent transmission of each transport stream, i.e. the content of the programs is left intact. This means that no remultiplexing is required at the transmitter site and less satellite capacity is needed.

The R&S®AVG050 has two integrated BISS decryption engines. For BISS encrypted transport streams, no conditional access module is needed. The BISS‑E key can be configured via the user interface or using SNMP commands. All programs can be encrypted with a single key or each program with an individual key. Up to 16 programs can be decrypted in parallel in a single R&S®AVG050.

The R&S®AVG050 has two redundancy switches to deliver failsafe output signals. An input TS or a CAM/BISS output TS can be configured as the primary TS and another input TS or CAM/BISS output TS as the secondary TS. The R&S®AVG050 automatically switches to the secondary TS if the primary TS fails; no commands from a network management system (NMS) are needed.

The R&S®AVG050 has two RF inputs, plus two ASI and two IP inputs as well as two ASI and two IP outputs. The IP inputs are conformant to the SMPTE 2022-1/2 standard. The signal flow in the R&S®AVG050 can be configured flexibly between the input and the output via the user interface or SNMP commands. For example, transport streams can be routed via the redundancy switches or the decryption engines, or these internal components can be bypassed.