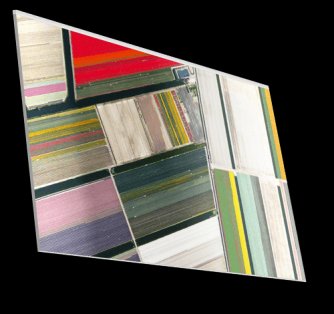 The satellite images were made from pixels. The first crude image taken by the satellite Explorer 6 shows a sunlit area of the Central Pacific Ocean and its cloud cover. The photo was taken when the satellite was about 17, 000 mi (27, 000 km) above the surface of the earth on August 14, 1959. At the time, the satellite was crossing Mexico.

The first images from space were taken on sub-orbital flights. The U.S-launched V-2 flight on October 24, 1946 took one image every 1.5 seconds. With an apogee of 65 miles (105 km), these photos were from five times higher than the previous record, the 13.7 miles (22 km) by the Explorer II balloon mission in 1935. The first satellite (orbital) photographs of Earth were made on August 14, 1959 by the U.S. Explorer 6. The first satellite photographs of the, on a mission to photograph the far side of the Moon. The Blue Marble photograph was taken from space in 1972, and has become very popular in the media and among the public. Also in 1972 the United States started the Landsat program, the largest program for acquisition of imagery of Earth from space. Landsat Data Continuity Mission, the most recent Landsat satellite, was launched on 11 February 2013. In 1977, the first real time satellite imagery was acquired by the United States's KH-11 satellite system.

...or to map a small area of the Earth, such as this photo of the countryside of Haskell County, Kansas, United States.

Satellite images have many applications in meteorology, oceanography, fishing, agriculture, biodiversity conservation, forestry, landscape, geology, cartography, regional planning, education, intelligence and warfare. Images can be in visible colours and in other spectra. There are also elevation maps, usually made by radar images. Interpretation and analysis of satellite imagery is conducted using specialized remote sensing applications.