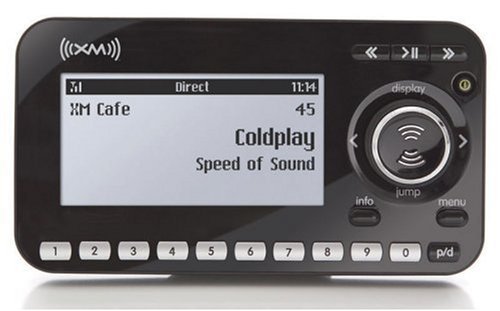 We all have our favorite radio stations that we preset into our car radios, flipping between them as we drive to and from work, on errands and around town. But when you travel too far away from the station, the signal breaks up and fades into static. Most radio signals can only travel about 30 or 40 miles (48 to 64 kilometers) from their source. On long trips, you might have to change radio stations every hour or so as the signals fade in and out. And it's not much fun scanning through static trying to find something - anything - to listen to.

Now, imagine a radio station that can broadcast its signal from more than 22, 000 miles (35, 000 kilometers) away and then come through on your car radio with complete clarity. You could drive from Tacoma, Wash., to Washington, D.C., without ever having to change the radio station! Not only would you never hear static interfering with your favorite tunes, but the music would be interrupted by few or no commercials.

XM Satellite Radio and Sirius Satellite Radio each launched such a service at the beginning of the 21st century. Satellite radio, also called digital radio, offers uninterrupted, near CD-quality music beamed to your radio from space.

In February 2007, XM Satellite Radio and Sirius Satellite Radio announced their plans to merge into a single company. XM and Sirius were both in debt, and believed a merger would quickly solve that problem. They thought that the merger would also lead to lower prices and more programming choices for consumers. Some people were skeptical about the two companies joining, though, fearing a monopoly would only reduce competition, raise prices and affect consumers poorly. Sirius and XM received approval from the U.S. Department of Justice, but the companies couldn't move until the FCC begrudgingly allowed the merger to go forward in July 2008. The new company goes by the name Sirius XM Radio.