SOME PITFALLS AND DEFICIENCIES 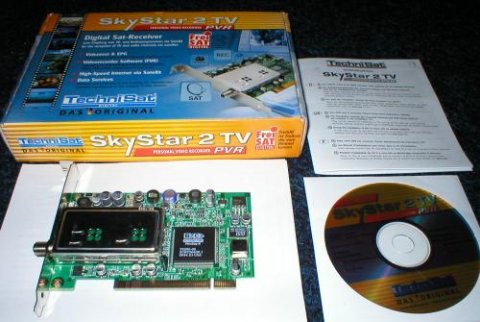 Before trying to acquire one, I did some study of the available options (tuner chips). The best (in 2004) seemed to be Maxim MAX2116. It has built-in monolithic VCOs that can cover the full frequency range (950...2150MHz) with a single 5V supply, and built-in programmable baseband lowpass filters.

One possibility would be to try to buy these chips and make my own tuner board - because of the built-in VCOs that would be relatively easy.

But one of my goals is to reduce as far as possible the amount of RF circuit construction and use ready-made subassemblies instead, so SIDI would be easy for people to make.

New tuners for digital satellite television cost cca 10..15 euro a piece, but most dealers won't even talk to you if you don't order at least 1000 pieces...

So I had to look for an alternative source.

There are two types of tuners used for digital satellite TV reception, single (direct) conversion and double conversion (first to cca 480MHz and then to baseband).

For SIDI, the single (direct) conversion types are much preferred. The double conversion types have one more local oscillator that would have to be phase locked, making things much more complicated.

I have checked the stuff available at the bigger flea markets, but all the tuners I could find there were of the double conversion type. I guess this is the older generation, and with time the newer direct conversion types should start to show up. (I'm writing this in 2004)

If you come across an unknown tuner (at a flea market, for example) you can usually recognize the double conversion types after opening them, by the 480MHz SAW filter which normally has the form of a round metal can. In the picture below is such an example: (marked: SONY BCN EB8F11 DQV-AE101F)

One can is the 480MHz SAW IF filter and the other a SAW resonator for the second (fixed) LO. I've bought these at the Pordenone flea market (NE Italy) where they were sold for 3 euro each or four for ten. I only bought them because I have an idea of removing the first conversion stage and using them as direct conversion frontends for a 400...450 MHz band SIDI. But that's just an idea for now, so if you want to build a "classic" SIDI, stay away from tuners containing round metal cans...

In the mean time (until the direct conversion tuners hit the flea markets) the only alternative solution I could think of was to find the cheapest widely available consumer item that contains a suitable tuner.

The cheapest thing I could find that contained a suitable tuner was the "Sky Star 2" PCI card that is used for reception of digital TV and/or data broadcasts from satellites with a PC. It loks like this:

It costs cca 70 euro, not really much cheaper than the cheapest set-top boxes.
First I tried to see if the tuner is of the right (direct conversion) type, so I could eventually return the cards for refund if the tuner was not suitable. But removing the top cover of the tuner only revealed the bottom side of its PCB:

so I would have to remove the tuner to see its guts - making a return impossible.

I started by removing the metal plate (two screws plus the nut on the F connector):

Besides the electrical connections, the tuner is fixed to the PCB using four metal pins (extensions from the rim shield) soldered through holes. Wedging a screwdriver under the tuner like this:

and working the four pins in a roun-robin fashion with a soldering iron, it is possible to lift the tuner like this: