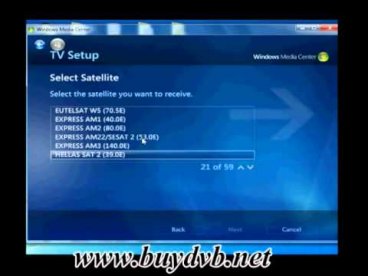 These PCI Express TV tuner cards from TBS Technologies offer great picture quality and allow you to watch/record up to two or four terrestrial or satellite TV channels simultaneously.

We are pleased to offer the TV tuner cards which Media Center fans have been longing for. These latest PCI Express cards from South-Korean DVB experts TBS Technologies offer the ability to receive standard and high definition TV channels and come in a choice of terrestrial or satellite models, along with quad or dual tuners on one card (see notes below for recommended software).

Despite their capabilities, the cards are physically quite small and all cards except the quad-tuner DVB-S2 version can be fitted with a low-profile or standard-height PCI backplate (both are supplied), so they will fit into a low-profile or full size case. And if the ability to record up to four TV channels simultaneously isn't enough, you can even install multiple cards - this scenario is fully supported by the WHQL 32-bit and 64-bit Windows drivers.

Please note that for the satellite (DVB-S2) models, it is advisable to connect a power cable to the card in order to ensure that it will receive enough power, because some motherboards cannot supply a high enough current through their PCI Express slots. The TBS 6904 card comes with an adapter which can be connected to a standard spare Molex 4-pin power connector.

The TBS terrestrial cards are compatible with Freeview (DVB-T) and Freeview HD (DVB-T2) broadcasts, although 100% compatibility with Freeview HD can't be claimed. The reason for this is because technically, the Freeview HD system is a hybrid service which uses a combination of both a terrestrial TV signal and Internet streaming. For example, Motors TV is actually streamed by Freeview HD set-top boxes through the Internet, not from a TV broadcast signal! Hence the TBS DVB-T cards won't work for this kind of channel. However, channels which are fully received through your TV aerial will work perfectly.

The TBS Satellite cards are fully compatible with Freesat and Freesat HD broadcasts, in addition of course to many other DVB-S and DVB-S2 satellite broadcasts depending on which satellite the dish and LNB are aligned to.