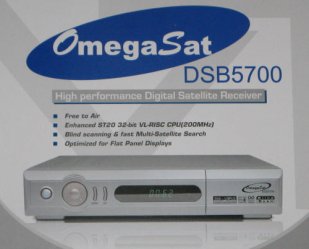 Most of this code is originally from refclock_wwvb.c with thanks. It has been so mangled that wwvb is not a recognizable ancestor.

Notes on 468-DC and OMEGA receiver:

Send the clock a R or C and once per second a timestamp will appear. Send a R to get the satellite position once (GOES only).

Since the old east/west satellite locations are only historical, you can't set your clock propagation delay settings correctly and still use automatic mode. The manual says to use a compromise when setting the switches. This results in significant errors. The solution; use fudge time1 and time2 to incorporate corrections. If your clock is set for 50 and it should be 58 for using the west and 46 for using the east, use the line

This corrects the 4 milliseconds advance and 8 milliseconds retard needed. The software will ask the clock which satellite it sees.

The PCL720 from PC Labs has an Intel 8253 look-alike, as well as a bunch of TTL input and output pins, all brought out to the back panel. If you wire a PPS signal (such as the TTL PPS coming out of a GOES or other Kinemetrics/Truetime clock) to the 8253's GATE0, and then also wire the 8253's OUT0 to the PCL720's INPUT3.BIT0, then we can read CTR0 to get the number of microseconds since the last PPS upward edge, mediated by reading OUT0 to find out if the counter has wrapped around (this happens if more than 65535us (65ms) elapses between the PPS event and our being called.)

When enabled by the flag4 fudge flag, every received timecode is written as-is to the clockstats file.