The people behind the Viewsat satellite receiver have been arrested and … 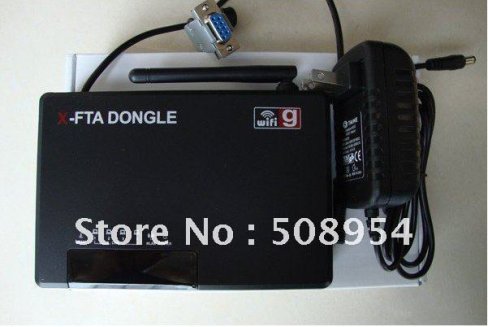 The FBI has set its sights on satellite descramblers, charging three individuals behind the Viewsat satellite receiver with conspiracy to violate the Digital Millennium Copyright Act (DMCA). The indictment was unsealed this week after Viewtech owner Jung Kwak was arrested in San Diego, where he is currently being held without bail. Several associates were also arrested. The group faces up to five years in prison and a $250, 000 fine each.

Some of our readers may be familiar with the Viewsat—it's a free-to-air (FTA) satellite receiver box that claims to provide users with access to free satellite programming, such as religious and cultural content. However, as most Viewsat customers also know, the device is engineered in such a way that makes it simple for users to grab what is otherwise designated as for-pay satellite programming. All that's required is for the FTA boxes to spoof DISH's smartcards so that the DISH Network can see that the boxes are authorized.

The satellite companies know that this practice isn't particularly rare, so they occasionally re-encrypt their signals and send out new smartcards to legitimate customers. In this case, DISH Network started rolling out new encryption known as either "Nagra 3" or "rom 240, " this update "dramatically" reducing the sales of Viewsat receivers, according to the indictment document.

By March of 2008, Kwak began working with the other two defendants, Phillip Allison and Robert Ward, to circumvent this new encryption. Kwak allegedly agreed to reimburse their expenses and finance research on how to crack Nagra 3, while the other two worked together and recruited more hackers for the project.

Among other things, the group spent $8, 500 on a microscope for use in analyzing the new DISH smartcard and paid $20, 000 for detailed photographs of the card. In a particularly damning comment, Kwak apparently said on a March 2009 conference call that he wanted to reimburse expenses in person because, "I don't want no traces or records." Oops.

As a result, the FBI charged the trio with conspiracy to violate the DMCA, which bars circumvention of encryption technologies like the ones DISH uses. It's going to be hard for the defendants to argue their way out of this one, if the facts are true—not only did the group seek to profit from stolen satellite signals, it was also obviously aware that what it was doing wasn't legal and then (unsuccessfully) attempted to operate with no paper trail.