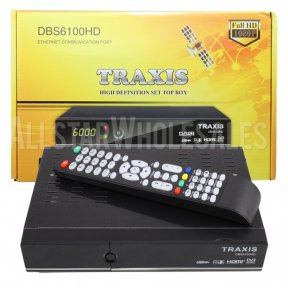 Ole Miss got no favors with its September schedule. No. 1 Alabama comes to Oxford less than two weeks after facing No. 2 Florida State in Orlando.

Those are two of the best defenses in the nation, littered with NFL talent for the Rebels' high-octane offense to face. Both had top-five secondaries, according to multiple preseason rankings.

It didn't end well on Labor Day as an explosive first half and a 28-6 lead dissolved into a 45-34 Rebel loss.

Ole Miss tight end Evan Engram was among the six Rebels with catches covering 20-plus yards against the Seminoles. There were certainly successes in the passing game that night, but Engram also knows things will clamp down further at 2:30 p.m. Saturday when Alabama comes to Vaught-Hemingway Stadium.

"(Alabama's) defensive backs are a little bit better, " said Engram, who had nine catches for 121 yards and a touchdown against the Seminoles. "Florida State had some good DBs here and there but I think Alabama's secondary has improved tremendously all around, from corner to safety to nickel. I think that's the big difference.

"I think (Alabama's) secondary is more sound. I know Florida State has a lot of great talent and good players but I think Alabama's defense is more sound all around."

The Seminoles, though allowing 313 passing yards, intercepted Chad Kelly three times in the win. One of the picks was off the hands of a receiver but the other two were on the quarterback who was harassed all night by the front seven. Kelly was sacked five times while being hurried several other times.

That model fits the pass-rush Alabama formula Alabama's cultivated the past two seasons. It led the country in sacks last fall and has seven through two games this September. The ability to impact the quarterback with the front seven allows the Tide to take fewer risks with blitzing defensive backs.

"In these first games, I don't think we've been challenged like well be challenged this particular week, " Alabama coach Nick Saban said. "I think we've done a pretty good job on the back end. We did give up a couple of explosive plays. I think the key to playing well against a team like Ole Miss with the kind of offense they play, it takes a tremendous amount of disciplined eye control for you to make sure you do your responsibility because every time you don't, they seem to be able to take advantage of it, especially with their quarterback. This will be the greatest challenge that we've had with this group."

"They still got a great receiving core, " said Alabama defensive back Minkah Fitzpatrick. "They got a whole bunch of receivers that are fast, physical, big. They go up for the ball and they can run down the field and challenge you vertically. We got to be real physical with them and run with them. They're a great receiving core."