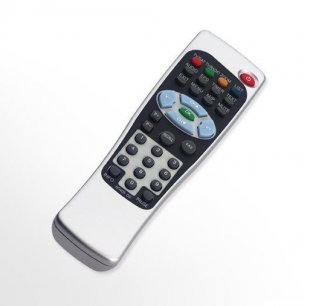 In essence, freesat is a neatly packaged collection of FTA (free to air) channels which are broadcast from the same satellites as are used by SkyDigital.

There is no difference between what may be received using a freesat receiver, and any number of basic digital satellite receivers such as the Comag/SilverCrest range which may be found in Lidl shops. Indeed, I myself use an SL65.

In fact, given support for multiple satellites and no distinction between what is freesat and what is not, you may find a non-freesat-badged receiver to be quite a bit simpler in use.

However the big selling points of the freesat package are that the receivers are equipped with a 7-day EPG (electronic programme guide). This means you can see what programmes are on any of the freesat channels for any period in the next 168(ish) hours. In addition to this, the receiver offers MHEG5 support, so that BBCi will work, the BBC's 'red button' services; as does ITV Teletext. The majority of the generic FTA receivers offer none of this.

At time of writing (April 2009), there are a number of outstanding issues which need to be addressed in the freesat service (Goodmans GFSAT100SD receiver):

So you might be asking what is the value of freesat? That is simple. If you are non-geek in inclination, you will want to continue receiving television after the big analogue switch off (which has already started, and all analogue channels will be gone completely in three years). Fine, buy a DTT box, plug that in between your aerial and your TV... but what if you are in a fringe area? Places where reception is okay provided there is no wind, no rain, no nothing to interfere?

freesat offers you a cheap and simple way to receive loads more channels than you'll ever find on DTT with a range of options:

For the DIYs, you can either fit your own dish (not recommended if you've never done such a thing before) or you can simply plug it into an old Sky dish.
Otherwise, for a little bit extra (around £40, but prices vary quite a bit) you can have it properly installed for you. You even have a choice of the cheap'n'cheerful SD version for use with normal TV equipment, or an HD-compatible box (for BBC HD and some ITV programming in HD).

Add to that an EPG (of sorts) and an interactive service for news and such. With an existing setup to hook into, the basic bottom price is around £45(ish) for an SD receiver. To add to this, satellite can be affected by the weather, but it's a heck of a lot more reliable than I have heard of DTT services. The only reason I lost reception in a hurricane last week (~9th Feb) was because the power failed. Up until then, I was watching TV, in a gale, with driving rain. Put your hand up if you think that would kill your DTT reception!

There's a clue in the name. It's free (no subscription) and it's on satellite (complete coverage of north-west Europe, a lot less prone to weather conditions). Because it is on satellite, the range of possible channels is bordering on limitless. Look how many channels Sky offer (for a price). That sort of thing is practically impossible on earth. It can't be done with DTT because there isn't enough space for broadcasting all those channels, and it can't be done via cable for the same reason (most cable services I am aware of only have up to 40-50 channels and even those are often limited to metropolitan areas).

Of course, this isn't to say "more channels are better"; however in a world with more channels there is more space for niche channels - Zone Horror or oMusicTV as two examples; plus we all know that the good programmes are all conveniently on at the same time; so the assorted +1 (hour offset) channels can help us to better plan our viewing. For example, this week I would like to watch "An Unsuitable Job For A Woman" (ITV3, 22:00-00:15) but I would also like to watch "The Edukators" (FilmFour, 23:20-01:55). Clearly I cannot watch both. Well, that's not entirely correct. I can. I simply watch "The Edukators" on FilmFour+1 where it will start five minutes after the end of the previous programme.