How to receive digital TV over the Air? 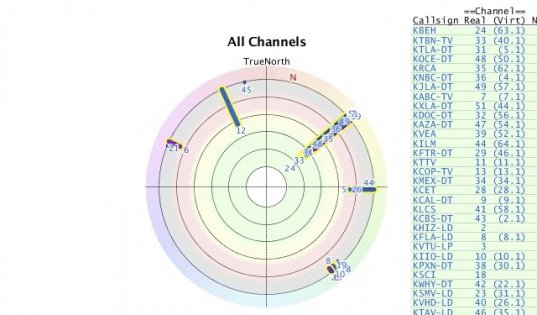 According to the Federal Communications Commission (FCC), the deadline for switching over to digital television broadcasts is June 12, 2009. Over 600 stations have already made the switch, so there’s no reason not to switch now. Most of your favorite TV shows are already being broadcast in your area over digital channels!

Whether you switch now or wait until the deadline comes closer, making the transition to digital television is as easy as pie.

Who needs to switch

If your television recognizes only analog signals, you’ll need to get a digital-to-analog converter. This is device will replace your current antenna and is designed to convert over-the-air digital signals into the analog signals that your TV can understand. Depending on how far you are from the broadcast, you may also need a new digital antenna and a signal booster.

But wait! Before you go looking for a converter box, make sure that you actually need one. If you bought a new TV after March 1, 2007, chances are that you don’t need to buy a digital converter. The FCC specified that, as of March 1, 2007, all new television signal receivers (including VCRs and DVRs, as well as TVs) must include digital tuners. Although retailers were allowed to sell non-digital TVs from their current stock after this date, they were also required to display a consumer alert letting you know that the TV picks up only analog signals.

Look for a label somewhere on your TV that has something like one of the following:

If you see one of the preceding designations, then your TV set can already pick up over-the-air digital signals, and you don’t need a converter.

On the other hand, you’ll likely need to get a set-top converter if your TV set displays any of these phrases:

None of the preceding phrases means that the device contains a digital tuner, which you need in order to receive digital TV signals.

If you still aren’t sure about your current TVs digital capabilities, go to the manufacturer’s Web site (or even the Web site of an electronics store that you trust) and find information about the make and model of your TV.

If you have cable or a satellite dish, your provider should take care of all of this for you. You shouldn’t have to do anything!

Digital-to-analog converters aren’t horribly expensive, but the FCC knows that “expensive” is a relative term. If money is tight, the National Telecommunications and Information Administration (NTIA) has a TV converter box coupon program that allows all U.S. households to request up to two coupons worth $40 each, to be used toward the purchase of up to two digital-to-analog converters.