What is Free to Air Satellite receiver? 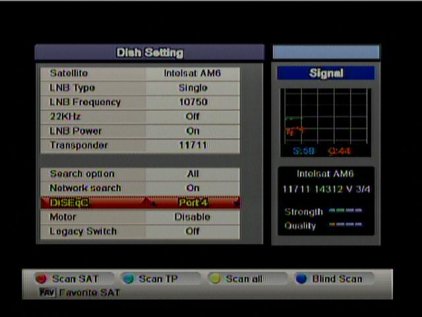 FTA provides free programming you can't get anywhere else. Whether it's foreign language programming from faraway countries or TV stations from another state, there's always something on watch on FTA, but there's never a subscription fee.

Come on, is this really free? What's the catch?

Yes, once you set up your system, you never have to pay anyone anything to watch all of the legitimate, legal FTA channels listed on FTAList.

The catch is that you can't control what's available. With so many channels to choose from, there's always something to watch, but individual channels come and go without warning. That's why a site such as FTAList is useful to help you keep track of what new channels arrived and what channels went away.

Should I drop cable/Dish/DirecTV and switch to FTA?

Probably not. FTA is a great supplement to an existing programming package, but it struggles as a sole provider. You can't count on the big four broadcast networks being available on Ku-band FTA, and there aren't any HBO-style movie or sports channels. And channels come and go without notice, which is why you need a site like this.

If you watch your local broadcasters with an over-the-air antenna, FTA can add a lot of channels to your $0-per-month system. But if you're used to easy access to dozens of movie channels and sports any hour of the day, you won't get it with FTA.

How can I use FTA equipment to pick up ESPN or HBO?

Long answer: Some channels are meant for subscribers only. Those channels are sent encrypted; only authorized recipients may unscramble them. Once in a great while, a channel like this will be available in the clear for a few hours, but that's about it. Just as you occasionally find money on the sidewalk, it's nice when it happens, but you don't plan on it.

Cautionary answer: Some scofflaws spend a lot of time working to break the encryption on these channels. Sometimes they succeed, at least until the encryption changes. Their methods are typically illegal and can damage legitimate FTA equipment. The possible reward isn't worth the risk.

Can I use a Dish Network or DirecTV dish and LNBF to pick up FTA channels?

Yes, but not many. There are only a few Dish Network and Bell TV channels, mostly system promos, that a FTA receiver can pick up with Dish/DirecTV equipment. In general, a Dish/DirecTV setup and a switch can be a cheap way to add this small set of channels, but by itself, it won't give you much reason to buy a FTA receiver.

What do I need for a FTA system?

This is covered in more detail in the Getting Started section. In short, you need a clear view of the southern sky, a 30-inch or larger dish, a Ku-band LNBF, a Free-to-air DVB receiver, and RG-6 cable to connect the receiver to the LNBF.

FTAList does not sell equipment. Check the online dealers listed in the FTA Links page, or our dealer advertisers, or your local phone book under Satellite Television.

Which FTA receiver should I buy?

FTA receivers are like cars. There are lots of different models, most of which perform basic functions the same way. There are lots of opinions about which one is best, but very few people have significant experience with more than one or two models.