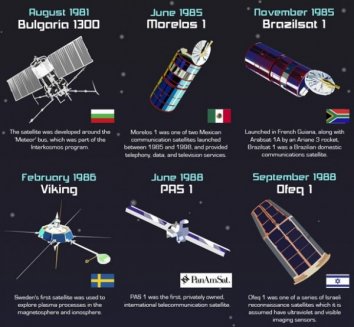 Zhou Derong, a professor at the People’s Liberation Army Logistics Academy, described the development of anti-satellite weapons as being part of China’s national defense.

Zhou criticized the United States for opposing and exaggerating “other countries’ anti-satellite tests”—a reference to China.

“But in reality, [the United States] itself is the country which possesses the most types of anti-satellite weapons and conducts the most tests, ” Zhou wrote.

According to Zhou, disclosures of Chinese missile tests by the United States are aimed at discrediting China and portraying Beijing as a threatening power.

“One of the reasons why the United States irresponsibly guesses about and exaggerates China’s normal missile launch tests is to subconsciously portray China as a malefactor and disturber of order, ” Zhou said. “It is also to play up the ‘China Threat Theory, ’ put itself in the role of a victim, and provide an excuse for the development of its own space forces.”

The administration is one of the main Chinese government organs involved in widespread collection and theft of U.S. defense technology secrets.

U.S. defense officials revealed that a test of the Dong Neng-3 missile, described as an exoatmospheric vehicle with anti-satellite strike capabilities, was carried out Oct. 30 from China’s Korla Missile Test Complex in western China.

Images of contrails from the missile test were posted on Chinese websites.

China, along with Russia, has been proposing an international ban on weapons in space. At the same time, Beijing and Moscow are both known to be developing ground-based anti-satellite missiles.

Frank Rose, assistant secretary of state for arms control, verification, and compliance, rejected the space arms ban during a speech in Beijing on Nov. 30.

“The most pressing and existing threat to outer space systems is actually terrestrially based anti-satellite weapons, which exist, have been tested and have already damaged the space environment, ” Rose said. “The continued development of such weapons, and their potential use in a conflict, should be of grave concern to all governments. Due to high-impact speed in space, even sub-millimeter debris poses a realistic threat to human spaceflight and robotic missions.”

The Pentagon has no announced anti-satellite weapons, after canceling an aircraft-launched anti-satellite missile program in the 1980s. However, a modified Navy SM-3 anti-missile interceptor was used in 2008 to knock out a falling reconnaissance satellite in low-earth orbit, demonstrating some anti-satellite arms capabilities.

By contrast, China is building anti-satellite missiles and other weapons that can destroy satellites at the highest geosynchronous orbits, some 22, 000 miles above the earth. In addition to missiles, the Chinese are working on ground-based lasers and electronic jammers to disrupt or destroy satellites. Small maneuvering satellites also have been tested that are capable of grabbing and crushing orbiting satellites.

The latest annual report of the U.S.-China Economic and Security Review Commission warned that China is pursuing an array of space warfare capabilities, called counterspace weapons.

Chinese anti-satellite missiles “are designed to disable or destroy a satellite or spacecraft using one of several possible kill mechanisms, such as a kinetic kill vehicle, ” the report said.

“The missiles typically are launched against pre-selected targets, as they must either wait for the target satellite to pass overhead within a certain distance from the launch site, or target a stationary satellite within range of the launch site, ” the report added.

During a war, China plans to use a combination of “hard” destructive attacks and “soft” strikes that temporarily disrupt the functioning of satellites or ground systems.

China in 2007 carried out a missile test that targeted an orbiting weather satellite, creating thousands of pieces of space debris that currently threaten manned and unmanned spacecraft.

After protests over the disruptive 2007 test, China has limited its anti-satellite missile tests to near-space and atmospheric intercepts, and has sought to mask the initiative as a program designed to shoot down missiles.

Defense officials said the Pentagon, and in particular the Air Force, are very concerned about Chinese anti-satellite weapons, that with as few as two dozen strikes could cripple the critical satellites used for communications, navigation, targeting and other strategic military functions.

During a House hearing in March, Air Force Lt. Gen. John “Jay” Raymond, commander of the Joint Functional Component Command for Space, warned that “we are quickly approaching the point where every satellite in every orbit can be threatened.”

RT @blakeb6969: @geeKiKi1 @BlancoKrakerHat about time somebody from NASA did something for us. In recent history beside blow up billions i…

RT @ItzQuauhtli: Two recent near-misses by asteroids are proof enough that it's only a matter of time before another one hits us, or disrup…